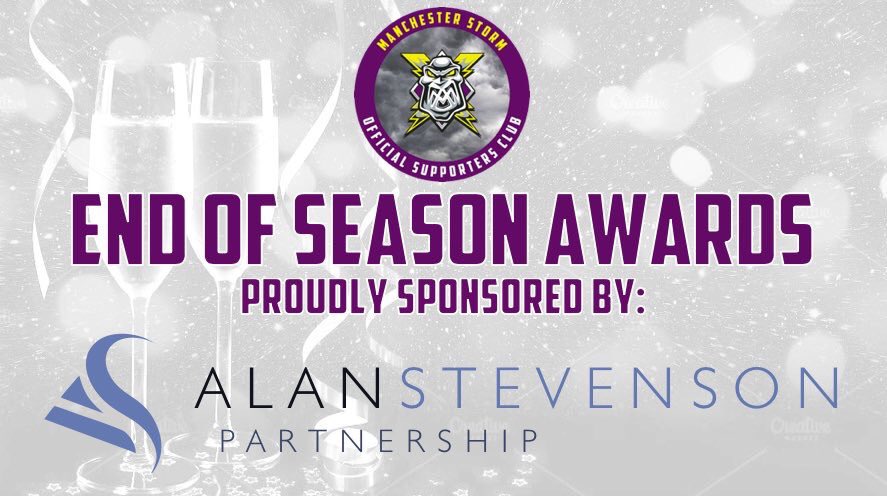 ALAN Stevenson Partnership are proud to have sponsored the end of season awards for The Manchester Storm ice hockey, team.

The team, who are based just down the road from our offices in Altrincham, have had an amazing year, coming second in the Elite Ice Hockey League

So we were very happy to join them for an evening of celebration at the Cresta Court Hotel, in Altrincham where our own Ian Stevenson, joined Manchester Storm head coach Ryan Finnerty to hand out awards to players.

In addition to sponsoring the awards, we continue to support Manchester Storm, through membership of their Business 200 club which, as well as being a great networking event, supports their training academy for young people.